Burnt Thicket Theatre is proud to present an online reading of Delft Blue by Andrew Kooman on November 11th, 2020. In honour of the 75th anniversary of Canadian troops’ liberation of Holland and the end of World War II, watch from your homes as seven Saskatchewan actors bring this story of perseverance and resistance to life.

When Holland falls to the Nazis in 1940, Machiel and his wife Sophia contend with impossible decisions: to choose between defiance and surrender, their quiet faith and unthinkable violence. Creating a better life for their daughter will not be easy in the face of growing terror and militant occupation in their hometown of Delft, a city renowned for its distinctive Delft blue porcelain.

His family’s experience during WWII inspired this script for Andrew Kooman, playwright of acclaimed Burnt Thicket Theatre productions We Are the Body and She Has a Name. “Delft Blue is my attempt to salvage some of the sense of feeling, some of the meaning of living in that time.” says Kooman. “At its heart, it is a play that explores the impossible decisions people must make in impossible times, which seems especially relevant today. And underneath it all is a question about what it really means to resist and to live a good life when the world and everything around us has changed.” 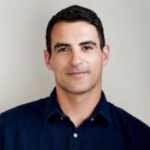 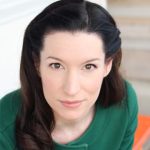 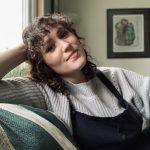 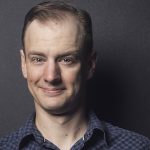 The show will feature Saskatchewan actors Caitlin Vancoughnett (nominated for two 2020 SATAwards for Outstanding Leading Performance in The Penelopiad and Constellations), Tim Bratton (nominated for 2020 SATAward for Outstanding Leading Performance in My Little Plastic Jesus), Amanda Trapp (seen recently in The Fourth Wiseman and The Tempest), Paige Francoeur (who performed in #Consent and local film The Tipping Point), Geordie Cowan (also seen in The Tipping Point), Kody Farrow, and Stephen Waldschmidt.

“We’ve supported the development of Delft Blue since 2011,” says BTT Artistic Director Stephen Waldschmidt. “We had hoped to share a full production of this important new play during the Remembrance Day season, but it’s just not possible this year. We’re thrilled that this online reading will allow people from far beyond Saskatoon to experience this story.”

The reading of Delft Blue will be released on Burnt Thicket Theatre’s Youtube channel and Facebook page on November 11th, and will remain available to watch until November 30th.