When Holland falls to the Nazis in 1940, Machiel and Sophia contend with impossible decisions: to choose between defiance and surrender, their quiet faith and unthinkable violence. Watch from the comfort of your home as seven local artists bring this gripping story to life. His family’s experience during WWII inspired this script for Andrew Kooman,  who also wrote We Are the Body and She Has a Name.

Remembrance Day Re-Release, commemorating the 75th anniversary of Holland’s liberation by Canadian troops and the end of WWII. 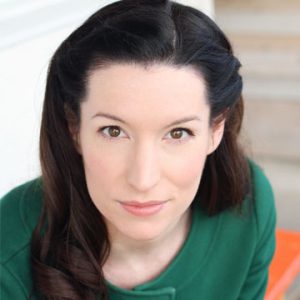 Caitlin is thrilled to dive into a new play with such a lovely group of artists in these difficult times. She holds a BFA from the University of Saskatchewan and has performed all around the province. Some favourite credits include: Constellations (Persephone Theatre/Brick & Mortar), The Penelopiad (Ferre Play Theatre), Farmer Joe and the Money Trees (Dancing Sky Theatre), Twelfth Night (Shakespeare on the Saskatchewan), Root, Hog, or Die (Globe Theatre), A Christmas Carol, Trout Stanley, Urinetown, Little Women, Bite the Hand (Persephone Theatre), Lungs, Love/Stories (Live Five), The Marvelous Wonderettes (Souris Valley Theatre), and Waiting for the Parade (Lili Marlene Co-op). 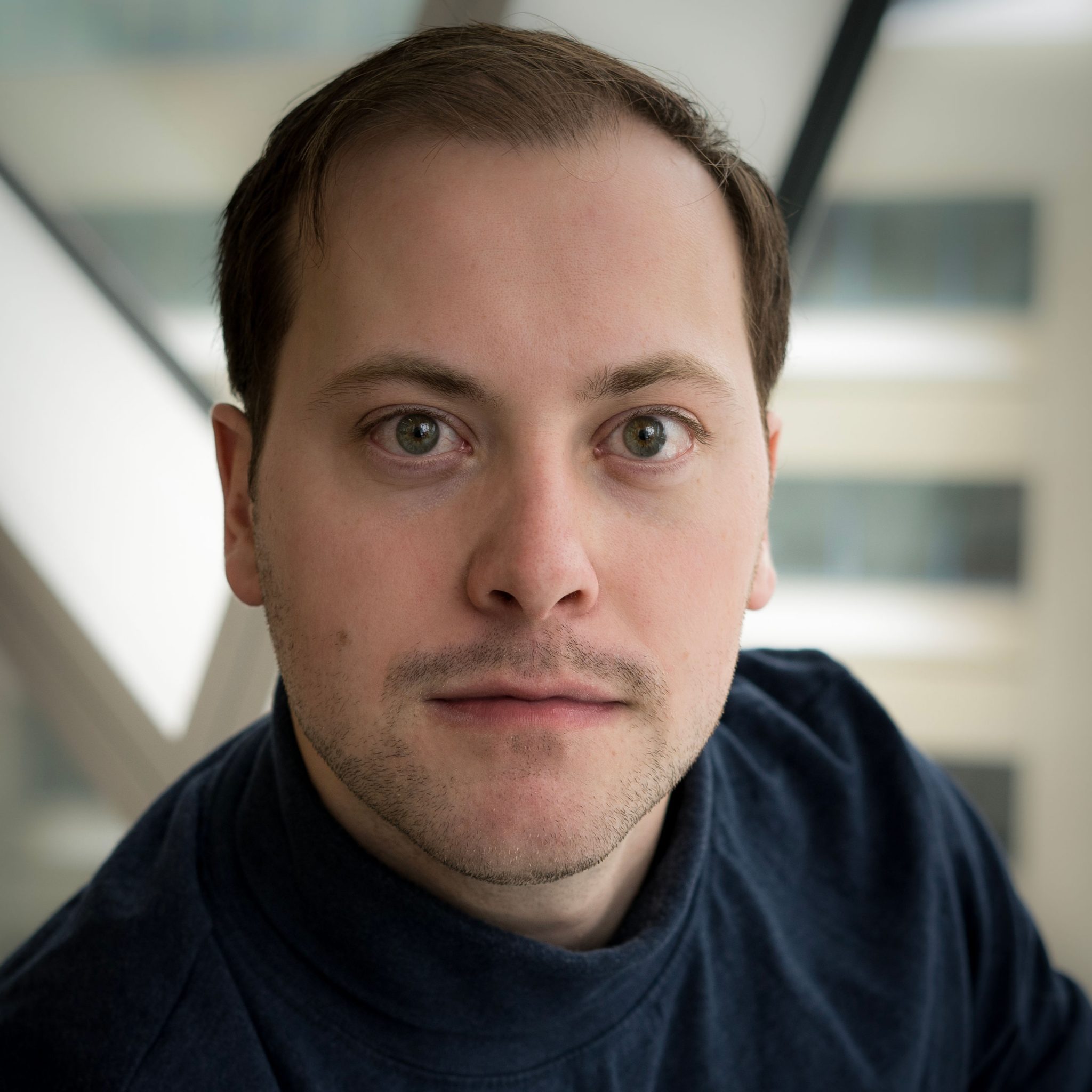 A proud Métis actor from Saskatoon, Saskatchewan; Geordie is thrilled to be lured back to perform for Burnt Thicket Theatre. He graduated from Rosebud School of the Arts in 2016 and is currently working on a Linguistics degree at the University of Saskatchewan. Select Stage credits include​ A Christmas Story, The Miracle Worker,​ The Lion, the Witch, and the Wardrobe​ (Rosebud Theatre);​ How the World Began​, Sarah & the Dinosaur (Fire Exit Theatre). Select Film credits include Pieces: Party​ (2018)​; The Tipping Point​ (2017). He hopes you enjoy the event and wishes peace in these troubling times. 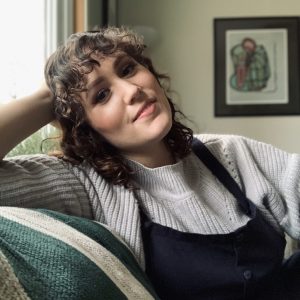 Amanda Trapp is a settler and Cree and Saulteaux artist, member of the White Bear Band, who calls Saskatoon home. An actor and SATA nominated composer, she has been seen onstage most recently in Turn Turn Turn, Sum Theatre; The Invisible, Catalyst Theatre (Edmonton); The Fourth Wiseman, Dancing Sky Theatre; I Lost My Husband, Persephone Theatre. She’s also been seen on Zoom in The Tempest, with Shakespeare on the Saskatchewan. Hiy-hiy to Burnt Thicket for having me, as we continue exploring storytelling through this new media, and with such a beautiful story. 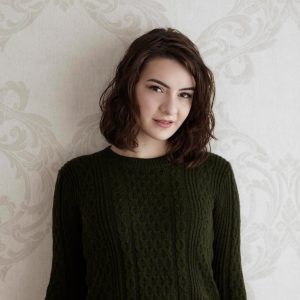 Paige Francoeur (she/her) is currently finishing up her BFA Honours in Acting from the University of Saskatchewan. An aspiring playwright, actor, and creator of devised work,  Paige’s recent credits include Playhouse Creatures, The Grass Tomb, (Greystone Theatre) and The Romeo Project (YXE Fringe 2019). She is very grateful for the opportunity to do theatre despite the current challenges facing the industry, and looks forward to a future where we can gather together once more. 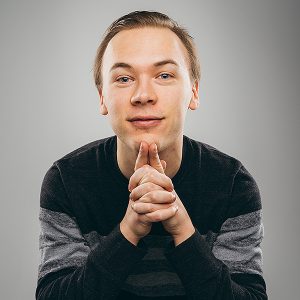 Stephen works as a director, designer, and actor based in Saskatoon. Directing credits with Burnt Thicket Theatre include MY LITTLE PLASTIC JESUS, EVERY BRILLIANT THING, WE ARE THE BODY, SHE HAS A NAME, and HOCKEY DAD: A PLAY IN 3 PERIODS (which he co-wrote with James Popoff). Acting credits include Persephone Theatre’s THE RESISTABLE RISE OF ARTURO UI; Rosebud Theatre’s QUEEN MILLI OF GALT, THE ROAD TO MECCA, TENT MEETING; Pacific Theatre’s CHICKENS, THE CLEARING; and five summers playing the role of Jesus in THE CANADIAN BADLANDS PASSION PLAY. Stephen holds an interdisciplinary masters degree in fine arts and theology from Regent College and a BFA in drama from University of Calgary. He’s immensely grateful for Kirsten’s support along with their three beloved children.

*The participation of this Artist is (these Artists are) arranged by permission of Canadian Actors’ Equity Association under the provisions of the Dance Opera Theatre Policy (DOT). 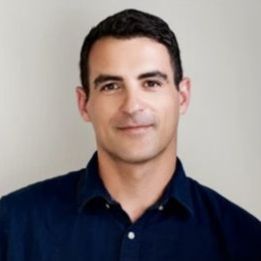 Andrew Kooman is an award-winning writer and producer whose work has been translated into more than ten languages and is regularly produced across North America. His critically acclaimed plays include She Has A Name, which toured Canada and in the United States, and We Are the Body, which was nominated for a Calgary Theatre Critic Award and toured Western Canada.

Andrew co-founded Unveil Studios with his visionary brothers Matthew and Daniel. Their indie film studio has produced both feature and documentary work to widespread acclaim, including E for Everyone, Dream, and Andrew’s screen adaptation of She Has A Name starring Will Yun Lee, Teresa Ting and Giovanni Mocibob. Unveil is currently developing new work, including the documentary series Breath of Life and Dream: Through the Fire.

Andrew lives in London, Ontario with his wife and two children. He daylights as the Content and PR Manager at Compassion Canada.

“When my grandparents left Holland after surviving the Nazi occupation, they left everything behind, including most of their stories from the war. I gleaned a few gems along the way, but was mostly too young to know what questions to ask of my Oma and Opa about their experience.

“I’m saddened that they took their accounts with them to the grave. I fear that a whole generation of stories are lost. From them we could have learned so much more about what it meant to survive, to resist, to be in lockdown, to be courageous and brave. Even the glint of knowledge I have of their lives strengthens me, reminds me I come from resilient stock.

“Delft Blue is my attempt to salvage some of the sense of feeling, some of the meaning of living in that time. At its heart, it is a play that explores the impossible decisions people must make in impossible times, which seems especially relevant today. And underneath it all is a question about what it really means to resist and to live a good life when the world and everything around us has changed.” –Andrew Kooman

“What a great production to present on Remembrance Day. I enjoyed it very much.” –Lynda B.

“Such a meaningful story. Thank you.” –Jenell P.

“We were captivated by the reading… We look forward to seeing Delft Blue live someday!” –Stewart K.